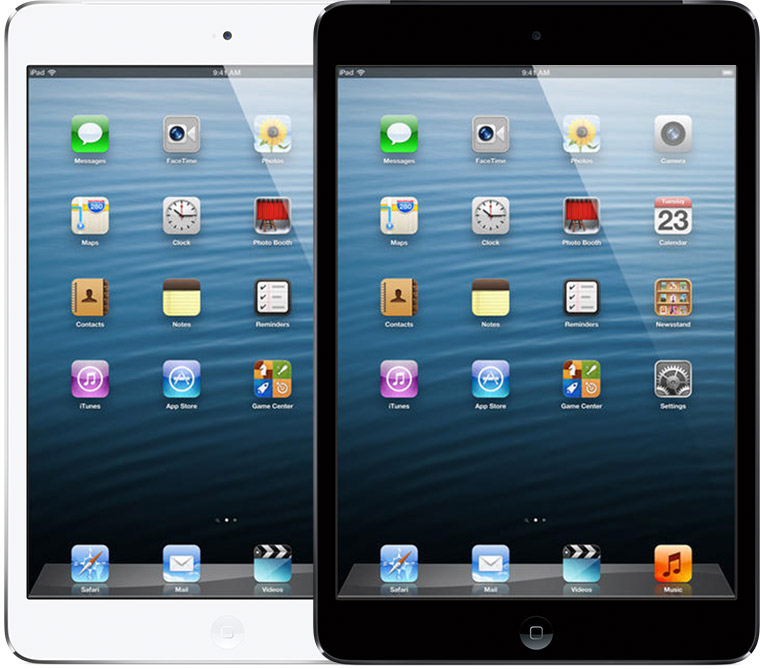 The iPad mini was presented in October 2012 with the iPad 4. Compared to the iPad 4, it has a much lower resolution and pixel density per inch. However, unlike the iPad 4, it has a much more modern design: a flat back cover and a much narrower frame around the screen. The iPad mini has a 7.9-inch screen, 768 x 1024 pixels, 162 PPI density), 5Mpx rear camera, 1.2Mpx front camera. iPad mini has 512MB RAM and three memory sizes: 16GB, 32GB and 64GB.

Have you damaged the screen or LCD? Charging problems? Your iPad’s battery life is draining much quicker than it used to? Is your home button not functioning any more? That is not a problem at all – “Phones Rescue” will repair your iPad!

You can have good nights of sleep as you will get 12 months of warranty for our services.

Every part is tested very carefully, for you to be sure you will get highest quality product.

We know how important your iPad mini is for you, that is why we try to fix most of the problems in the same day.

Three easy steps to be able to enjoy your iPad mini

Our technicians will replace screen, battery, charging port and fix your logic board for you. Aren't you sure what has happened? No problem. We will diagnose issue for you.

2. Visit our shop or send your iPad mini by post

Book your time-slot and visit us in our service, or if you live too far away, send your iPad mini by Royal Mail or courier to us.

We will contact you after repair and you will be able to enjoy your shiny, fixed iPad mini again. If you delivered your iPad mini by post, we will send it back to you the same way as soon as possible.

Are you too far away from Phones Rescue?

If you live too far away from Bournemouth to pop in and drop your device off to us, you can send it by post.

How can we help you with your broken iPad mini?

The screen is one of the most delicate elements of your iPad mini. One fall may cause it to break. That's why you need to be very careful when using your iPad mini and it's best to buy a good quality case and tempered glass to protect the screen. However, if a misfortune happens and the screen or LCD fails, we can fix it and replace it with a new, shiny screen.

iPad mini are known for their great quality batteries, but after a few years even they may need to be replaced. Replacing the battery in the iPad mini requires experience and skills. You can trust Phones Rescue - we repair electronics since 2004. The use of the highest quality batteries allows us to offer you 12 months warranty without any worries.

iPad mini any other issues repair

Our company deals with comprehensive diagnostics and repair of iPad mini. We fix problems with the front or rear camera, we fix damaged Home, volume or power buttons, we perform professional, ultrasonic cleaning of iPad mini motherboards after liquid damage, we repair speaker and microphone defects, and we also recover data from damaged iPad mini.