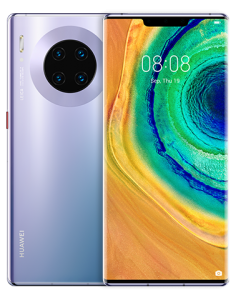 Huawei is a manufacturer that can compete with market leaders: Apple and Samsung. Their cameras in telephones are considered to be one of the best in the world, and with the Mate X model they proved that they can introduce technological novelties to the market.

Huawei is the creator of one of the best custom user interface for Android – EMUI (acronym Emotion UI), which in Honor models has been rebranded to Magic UI. This interface, developed since 2012, extends the possibilities of Android with features not available in the original system. The EMUI has been criticised for often resembling Apple’s iOS solutions.

Enter your Huawei Model Identifier or the Model number of your phone in the search box to quickly find your model on the webpage.

If you are not sure what your Huawei model is, contact us please.

You can have good nights of sleep as you will get half a year of warranty for our services.

Every part is tested very carefuly, for you to be sure you will get highest quality product.

We know how important your phone is for you, that is why we try to fix faulty system in 24hrs time and all other repairs in a week or less.

The P series (formerly known as Huawei Ascend P series) was created for photography lovers. For many users, reviewers and editors of many newspapers, the flagship models of the P series are considered the best telephones for taking photographs. Huawei P series is very similar to Huawei Mate series. Usually, the main difference is that Huawei P phones have better cameras, while the Mate series has better displays, processors and graphics systems.

Since 2016, Huawei has been using cameras equipped with optics from the German Leica company in its P and Mate series phones.

Huawei Mate (formerly known as Huawei Ascend Mate) is a series of high-end smartphones working on the Android system of this Chinese manufacturer. As in the P series, in Mate series cameras Huawei also uses the optics of the German company Leica. The Mate series usually has better displays as well as better parameters for processors and graphics systems than the P series.

Huawei Y series are mid-end phones. They differ mainly in inferior quality screens than P and Mate series phones. Unlike the Huawei P series, they have a custom GUI Magic UI instead of EMUI.

Honor is a brand belonging to Huawei founded in 2013 producing mid-priced smartphones. Honor phones have a characteristic, two-colour, glass back covers that change colour depending on the angle of view.

In addition to smartphones, Honor also produces laptops and smartwatches.

How can we help you with your faulty Huawei?

The screen is the most delicate element of every smartphone, especially the most modern ones made in OLED technology. That is why it is so important to use a good quality case and tempered glass to protect the phone against damage. You can find the accessories you need for your Huawei in our online store. If your Huawei screen is damaged, please do not hesitate to contact us. We can fit a new screen to every Huawei model.

Accessories for your Huawei.

Lithium-ion batteries or more modern lithium-polymer batteries used in Huawei phones have been designed to work correctly for at least 1000 charge-discharge cycles. Usually, after 2-3 years the battery is worn out and its parameters deteriorate rapidly. In most modern Huawei models, a battery is not removable for the user and replacing it without the right tools and skills can be risky and can cause a fire or destruction of the phone. If your Huawei phone works much shorter on the battery than the manufacturer declares, visit Phones Rescue, where we will safely replace the battery for you and recycle the old, used battery safely for the environment.

A damaged charging port on Huawei is one of the common faults. Using poor quality USB cables and chargers, bending the cable while charging, moisture or a sudden jerk on the cable can damage the charging port. Phones Rescue can help you with any of these issues. If you have problems charging your Huawei, read our guide on charging problems or contact us.

Professional ultrasonic cleaning of Huawei phone after contact with liquid

It is true that more and more smartphones are waterproof and dust-proof and are certified IP67 or IP68, but even they are exposed to damage after immersion in water. If you do not insert the SIM tray correctly, or if you have a damaged SIM tray seal water may get inside the phone and damage sensitive electronics. Due to the miniaturisation of the elements inside the phone, it is extremely difficult to clean and dry the phone at home after contact with liquid, therefore, it is recommended that cleaning be done by a professional company that has an ultrasonic cleaner, soldering stations, professional microscopes and diagnostic devices.

Read our guide: What to do when your Huawei fell into the water?

Huawei any other issues repair

Our company deals with comprehensive diagnostics and repair of Huawei. We fix problems with the front or rear camera, we fix damaged Home, volume or power buttons, we perform professional, ultrasonic cleaning of Huawei motherboards after liquid damage, we repair speaker and microphone defects, and we also recover data from damaged Huawei.

Are you too far away from Phones Rescue?

If you live too far away from Bournemouth to pop in and drop your device off to us, you can send it by post.